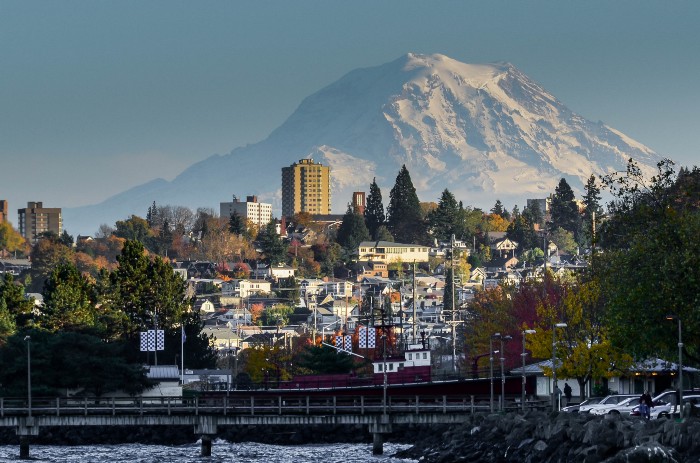 Pierce Transit has been serving the people of Pierce County for 40 years. The agency prides itself on providing affordable and expansive service to the people of the state’s second-largest county, nestled on Puget Sound just 30 miles south of Seattle. But Pierce Transit found itself facing a hurdle that jeopardized their raison d’être: All too often, they struggled to pinpoint a bus’s exact location. What’s more, they had difficulty predicting where the bus would be in twenty minutes, ten minutes, or even five minutes. It hindered their mission, frustrated their riders, and impeded their staff. But since Pierce Transit started using Swiftly, they’ve seen a 30–50% increase in prediction accuracy.

Why Pierce struggled with prediction accuracy

Pierce Transit’s prediction accuracy problem was two-fold: Their legacy GPS system only updated every 120 seconds, making it hard to get a handle on where buses were at any given time. “With a two minute delay between GPS updates, we could lose a bus really easily,” says Brandon Patacer, Service Support Supervisor at Pierce Transit.

Adding to the problem, Pierce Transit’s prediction algorithm was often inaccurate. It wasn’t sophisticated enough to factor in things like historical data and traffic conditions, and it gave both riders and staff a skewed view of what was going on at any given time.

Why Swiftly was able to help

The Pierce Transit team first considered Swiftly when they found out that, with Swiftly, they could increase their polling rate from 120 seconds to ten seconds without installing any new hardware. Swiftly was able to increase AVL coverage and achieve a faster polling rate by combining the CAD/AVL system — which powered the old predictions — with mobile access routers Pierce Transit installed a few years ago to enable security cameras.

Once the feeds were combined, Swiftly was able to look at the data and interpret it for the team at Pierce Transit. “The believability of the data improved immensely,” says Timbers.

What’s more, Swiftly’s prediction algorithm was far more accurate than anything Pierce Transit was using before. Swiftly’s real-time predictions are based on a proprietary algorithm that leverages billions of historical GPS points in the cloud.

“Our prediction accuracy improvements were a Swiftly gain,” Timbers says.

When a customer calls Pierce Transit, it’s usually to locate their bus. Unfortunately, with no system for reliable predictions, the customer service team often couldn’t help them.

“We had some data that would show us roughly how far along the coaches were,” says Christine Barry, Customer Service Assistant Manager at Pierce Transit. “But the data wasn’t good, and the methodology for predictions wasn’t good. We had some information, but it wasn’t accurate enough to give the riders good information.”

That didn’t help riders very much. “We’d give customers whatever information we had. If we thought the bus was going to be there in five minutes, we’d say so. But five minutes later, we’d get a call back from the rider saying that the bus still wasn’t there,” Barry explains.

“Swiftly helps us foster a better public perception of our service. The information really is real-time. It helps us to look like a better-informed agency as a whole. Swiftly is an awesome tool.” — Christine Barry, Customer Service Assistant Manager, Pierce Transit

The improvement in prediction accuracy has been a gamechanger for Barry and her team. “With Swiftly, we can perform an actual customer service role. We tell people how to use the bus system instead of just submitting complaints for investigation,” Barry says. “People are more satisfied when we can actually give them accurate information.”

That helps build trust between Pierce Transit and the community they serve. “Swiftly helps us foster a better public perception of our service,” says Barry. “The information really is real-time. It helps us to look like a better-informed agency as a whole. Swiftly is an awesome tool.”

And when the agency does record customer complaints, it’s much easier to investigate them thanks to Swiftly’s GPS Playback. “Before, our controllers had to log out of the CAD and go into a playback configuration, and that system has never worked for us,” says Earl Fowlkes, who manages the agency’s Communications Center, which communicates with operators and vehicles 24/7. “Swiftly is much more handy. It allows us to get playback quicker and with more detail. It’s a nice function to have.”

Inaccurate predictions and spotty GPS coverage was affecting the operations team as well. Patacer and his team work hard to solve any obstacles the buses encounter that cause them to go off route: events, accidents, emergencies. Without a clear understanding of where buses were, it meant that a lot of day-to-day operations was based on guesswork.

“It put a hold on things for me,” says Patacer.

What’s more, retrieving information involved an ad-hoc solution. “The system wasn’t user friendly,” explains Patacer. “I had to type the coach number into Google Maps, and that would just show me a static pin on a map. I didn’t have real-time information. I couldn’t figure out what direction the bus was going in or if it was stuck in traffic. I’d have to take a guess as to when the bus would arrive.”

With Swiftly, Patacer and his team can keep things running smoothly with far less effort. “I use Swiftly for tracking the fleet,” says Patacer. “I get a real-time accurate response on where to meet my coaches, or to see if anyone needs help. I can find them via multiple avenues in the system: by their block number or their coach number.”

That helps Patacer do his job, and keeps the system doing better overall. “If any operators have an issue with a coach, I’m here to keep the service flowing steadily.”

It also makes it easier for Patacer to gather information and pass insights on to other teams. “Now, we can monitor and anticipate where a slowdown is happening for a detour or a service change,” he says. “We can catch it early on and send that information to planning, so that they can reschedule and re-coordinate inefficiencies.”

“Swiftly has been a great help. It has allowed me to have real-time overview tracking of the buses. I can find them and I don’t have to guess where they are or anticipate where they will be. It makes a huge difference.” — Brandon Patacer, Service Support Supervisor, Pierce Transit

Swiftly has assisted the entire team at Pierce Transit in providing better service to their community. With better GPS coverage, a state-of-the-art prediction algorithm, and improved prediction accuracy, Pierce Transit is better able to ensure that Pierce County’s population can get where it needs to go.

“Swiftly has been a great help. It has allowed me to have real-time overview tracking of the buses,” says Patacer. “I can find them and I don’t have to guess where they are or anticipate where they will be. It makes a huge difference.”

“The advent of knowing where all the vehicles are down to the minute was a huge business intelligence effort that improved the way that we operate,” says Timbers.

Hear it in their own words

“We have and we would recommend Swiftly to other agencies. When folks call us and ask us what we’re doing differently, we are happy to tell them the partnership we have and the work [Swiftly] has done for us.” — Ryan Wheaton, Planning and Community Development Director at Pierce Transit. 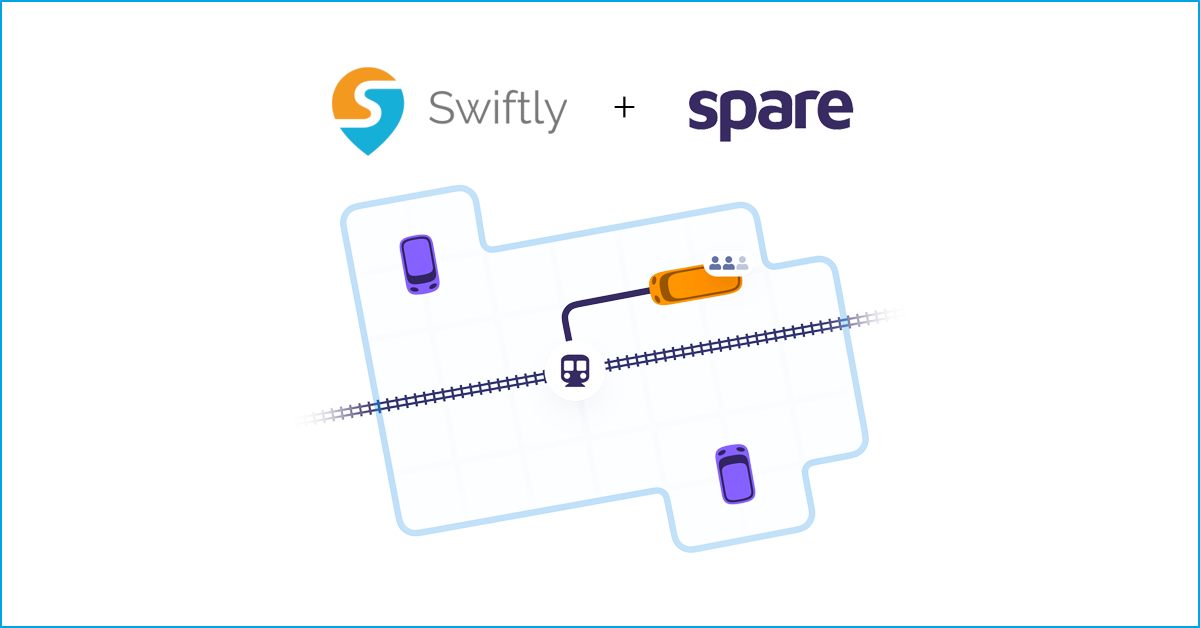 Transit agencies can now provide the optimal mix of fixed-route and on-demand service for their local communities. 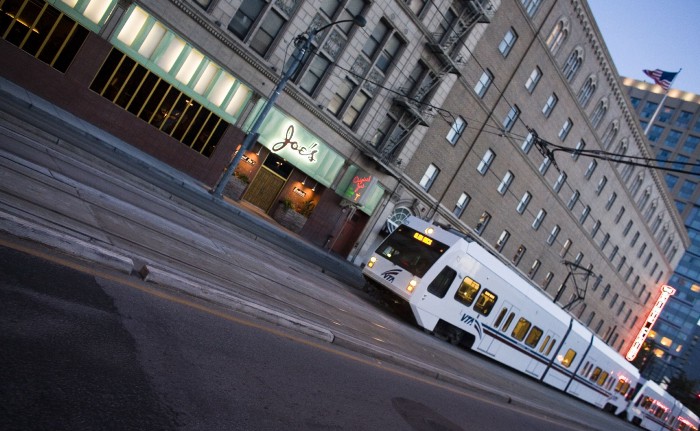 VTA Liberates Its Data from the Stone Age with Swiftly 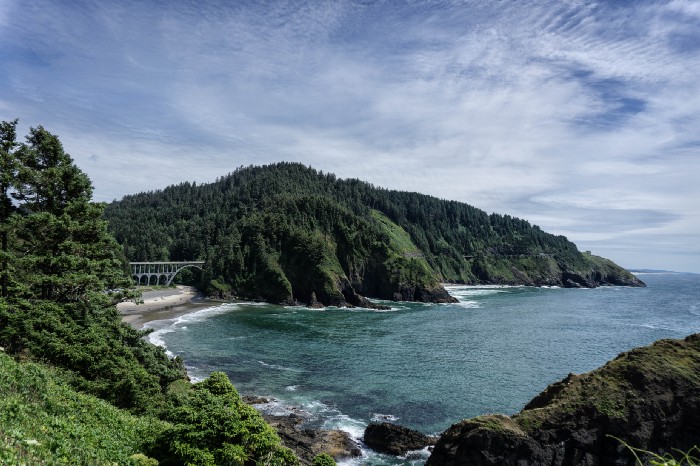 Back to Tranquility: Swiftly Restores Transit Calm on the Oregon Coast