Miami-Dade Uses Swiftly to Plan for a Car-Optional Future 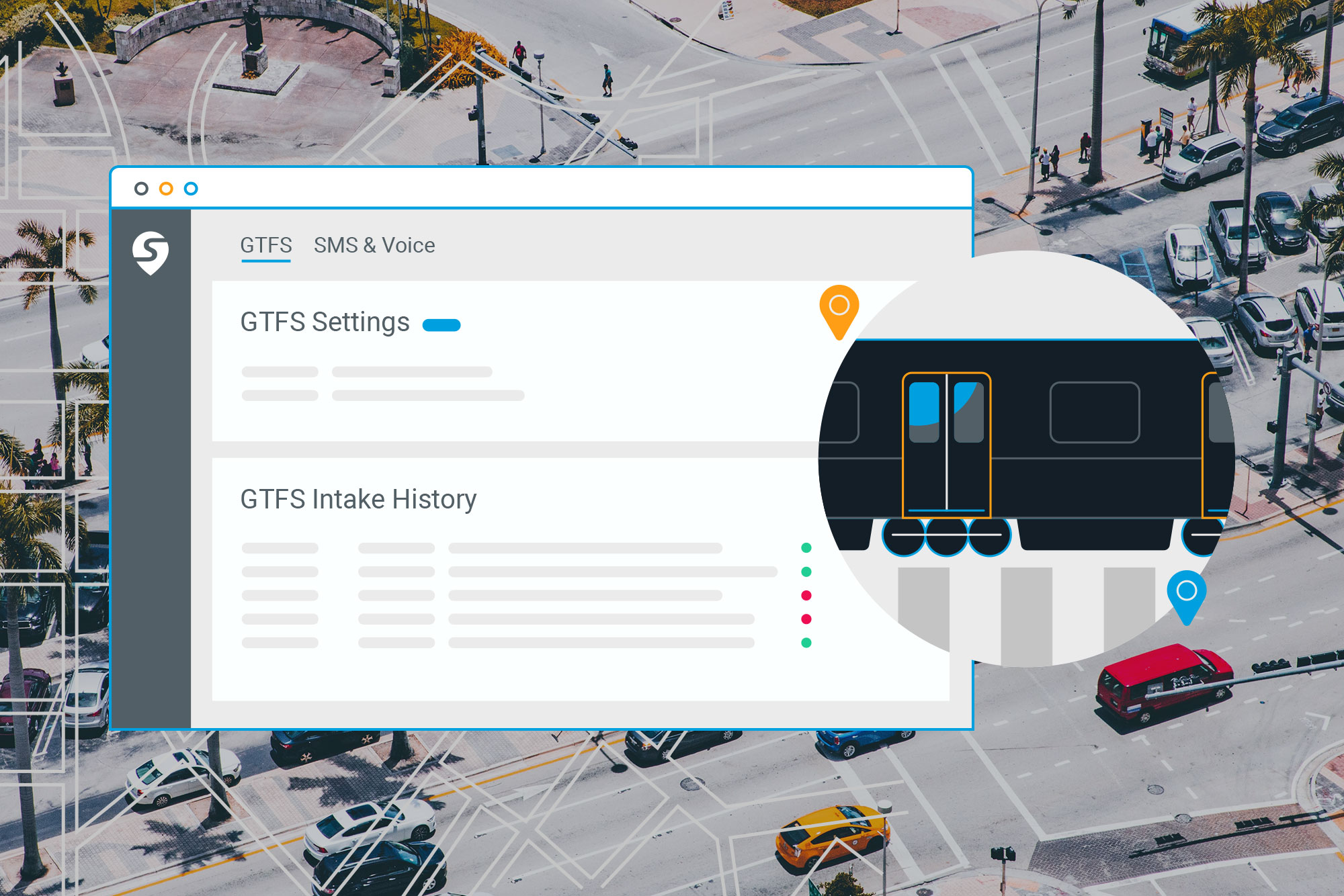 Photo by Ryan Parker on Unsplash

Miami-Dade County has big ambitions: they hope to one day become a car-optional community and have residents and visitors see public transportation as a viable option.

An important step in that plan? Making the experience of charting a course on transit through Miami-Dade County as seamless as possible. As a data provider, Swiftly stepped in to make real-time transit information as accurate and readily available as possible for all major trip planning applications. This is an especially tricky problem in Miami, where transit is provided by a panoply of 29 different municipalities in addition to the Metrobus, Metrorail, and Metromover services operated by Miami-Dade County’s Department of Transportation and Public Works (DTPW).

DTPW is partnering with Swiftly to synthesize GTFS-rt information for all transit providers into the same feed so that passengers can plan their trips without ever having to worry about which agency is operating their bus or trolley. Swiftly further enhanced the rider experience by improving prediction accuracy and reducing early arrivals across the system. ‍

Miami-Dade County’s public transportation is made up of 99 bus lines, 2 rail lines and 60 trolley lines provided by one regional agency and 29 municipalities. Infrequent transit riders and tourists can find it challenging to navigate so many different systems, especially when all of those municipalities don’t have their data integrated into the same GTFS feed.

Getting data to third-party apps is a big undertaking for a small municipality, and many lack the resources to get started. They don’t have the funding to purchase a GTFS-rt creator to provide a feed to the third-party apps, and even if they did, their staff doesn’t have the bandwidth to dedicate to the project.

Swiftly launched the first ever GTFS-rt data feed for Miami-Dade County ahead of Superbowl LIV in early 2020 and can now leverage that infrastructure to include these additional municipal services. Before Swiftly, riders could not get comprehensive real-time information unless they downloaded the GO Miami-Dade Transit app. “There was basically no real time information available in the applications with the highest penetration in our market, like Google Maps, Apple Maps, and Transit,” says Carlos Cruz-Casas, Assistant Director for Miami-Dade County’s DPTW.

The lack of real-time information in popular apps creates a big barrier to entry for people unfamiliar with the intricacies of Miami-Dade’s transit system. “It makes it so hard for new riders. They need to learn not only that Miami-Dade Transit is the service they need to be looking for in the first place, but that they also need to download our application in order to get the right information,” adds Cruz-Casas. “That’s not how people use transit. When you go to a city, the first thing you do is you open your application of choice to get directions.”

Especially amidst the pandemic’s historic ridership declines nationwide and across the world, the DTPW wants to make public transit as easy to ride as possible. “If we have someone that is willing and able to use transit, we want to make sure it’s the best experience for them,” explains Cruz-Casas.

"...even if a municipality decides to do something different, they can. That’s the whole ethos of Swiftly. It’s modular, so you don’t have to integrate it into everything you do to reap the benefits. It’s scalabile and unifying, which lets us future proof all of the work that we’re doing. That’s really valuable.”

Unifying regional and local transit services into one GTFS feed

Miami-Dade County is partnering with Swiftly to integrate GPS feeds for all 29 municipalities, combining each separate source into one unified GTFS-rt feed. The integration is still underway, but it has already improved the passenger experience immensely by making the entire system easier to navigate. “For the first time ever, we’re going to have a unified transit map in Miami. That just didn’t exist before. Now you'll be able to look at all the services available in one feed that will have all the Miami data,” says Cruz-Casas.

With an integrated GTFS feed, riders won’t have to worry about which municipality is operating a particular leg of their journey. All they have to do is hop on and enjoy the ride. “Best case scenario, riders don't even realize what transit provider they’re using,” says Ileen Delgado, Chief of Marketing and Communications for Miami-Dade County’s DPTW. “You shouldn't care whether you're taking Miami-Dade Transit Service or Coral Gables Trolley or Miami Beach's transit. It shouldn’t matter. You’re just trying to get from point A to point B. It should all be very seamless.”

Swiftly has always believed that simply having real-time information is not enough; it has to be accurate. Miami-Dade is no exception, and Swiftly has further improved the rider experience by increasing the accuracy of real-time predictions by 18% relative to the custom-built solution in place beforehand. Riders can be more confident in estimated arrivals that they see in apps and on signage and can adjust their travel accordingly. In particular, Swiftly predictions have reduced cases where riders might miss a bus despite getting there when instructed by 66%.

“We’re working to get Swiftly on board vehicles that lack a GPS source,” says Cruz-Casas. “But even if a municipality decides to do something different, they can. That’s the whole ethos of Swiftly. It’s modular, so you don’t have to integrate it into everything you do to reap the benefits. It’s scalabile and unifying, which lets us future proof all of the work that we’re doing. That’s really valuable.”

Looking towards a car-optional future

One municipality, the City of Coral Gables, has successfully been integrated into DTPW’s GTFS feed. The Coral Gables Trolley system provided data from their existing hardware system, which Swiftly seamlessly brought into the same real-time feeds as the rest of Miami-Dade County’s transit service. As other municipalities gain access to their own GPS sources, they too can follow the same approach and leverage Swiftly’s prediction engine to have the best possible real-time information about their services available in all third-party applications.

The integrated data has made work within the agency and across the municipalities much easier. “We’ve really minimized work for Miami-Dade County and our principals by using Swiftly. We don’t have to do any communication with the apps or do integration with our app developers. We can just use our real-time feed for everything,” says Cruz-Casas. “There’s more data and no additional integration work.”

That’s a huge win for the smaller municipalities in Miami-Dade County. Each municipality can give Swiftly a GPS feed of any kind and Swiftly will do the rest, integrating real-time data into the GTFS feed so that their data gets shared with third-party apps without any additional work on the part of staff.

For DTPW, the plan to make Miami-Dade County a car-optional community involves making public transportation more reliable and easier to navigate. And with Swiftly, DTPW has been working to do just that. The improvements in real-time prediction accuracy have helped make riding public transit more reliable and with third-party apps featuring real-time information from municipalities across the region, riders will be able to seamlessly plan trips and get where they need to go with ease -- without needing a car.