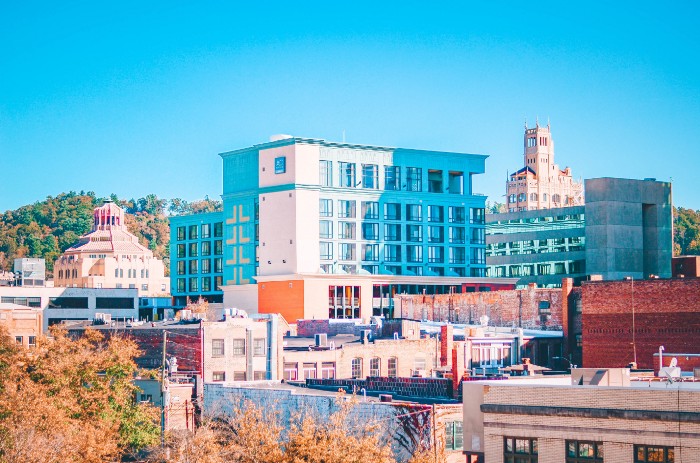 For the schedulers at Asheville Rides Transit (ART), updating their transit schedule used to mean riding every route in the system and timing themselves as they went. Now with Swiftly Run-Times, they can easily access data to see how long each route takes to run at different times of day and adjust their schedules accordingly. Their total process went from more than a month and a half to a matter of days.

A laborious process for changing the schedule

It had been roughly a decade since Asheville Rides Transit (ART) updated its Transit Master Plan, and in a bustling, vibrant city like Asheville, a lot can change in 10 years. ART designed a new transit plan for their city to reflect Asheville’s evolution.

“We’ve seen a lot of growth from tourism. Traffic patterns have changed, and a lot of jobs have been created,” says Marcela Moreno, the Transit Projects Coordinator and primary scheduler at ART. “Our first order of business has been improving on-time performance and frequency on major corridors. We’ve been working to get buses to a 30 minute frequency, if not a 15 minute frequency where possible.”

It’s a lot easier to make big changes when you have data to guide you. But the team at ART had an incomplete picture, which meant that making changes was a manual process.

“We were using NextBus for our real-time GPS rider interface and on- time performance reporting,” says Moreno. “The big scheduling update we went through was largely based on anecdotal evidence from the operations team and on-time performance data, but the data didn’t break down the information as much as we needed. We needed to know: Where is the bus late and how do we adjust our schedules accordingly?”

That meant that Moreno and her crew were left to a more manual process to understand how long it took a bus to run its route and get the information they needed. “We’d ride the buses ourselves at peak hours and record when we passed different time points,” says Moreno. “It would take us a month and a half.”

Riding the bus manually gave them a limited sample size for digging into issues that arose later. “One example that stands out is a route that goes to the mall. We looked at that route and saw that there was enough time allocated for that trip, but the time points were really off. And it’s because we rode that route for scheduling during construction for a highway, but in reality that was a short-term instance.”

ART started using Swiftly to make their data easier to use and give more people at their agency the ability to use data to power their decisions. “The primary reason we switched from NextBus to Swiftly was to get data into the hands of users in a more accessible way,” says Moreno.

With Swiftly Run-Times, ART is able to use actual historic data to see how their schedules match up with the actual data. Now they can examine a route in about an hour and a half, as opposed to all day. “As a planner, I’m excited to have a lot of samples. You can only have so many samples if you’re going out and riding routes randomly. The challenge was really understanding how much time those routes took. We still get some rider complaints about timepoints not meeting their needs or the bus getting there too early, and Swiftly lets us hone in on improving on-time performance using tools we already have without making changes.”

And Swiftly Suggested Run-Times gives Moreno and her colleagues a suggested schedule based on actual data to help them tweak and optimize how their transit serves public transit riders in Asheville. “We’ve been using Suggested Run-Times to have a better idea of where we need to make changes,” says Moreno. “We put Swiftly’s suggested schedules side by side with our current run-times to find places along the route that aren’t the most accurate. We look at specific places where we need to be more cognizant of how we’re timing buses.”

“We also look at the difference between weekdays, Saturdays and Sunday, and it gives us an opportunity to compare them and see if there’s a significant enough difference to create different schedules for weekends and weekdays,” says Moreno.

“Swiftly gives me more confidence than NextBus because it gives us numbers to back decisions.”

A transit system that works for everyone

Now that the team at ART has Swiftly, they’ve been able to make more data-driven decisions and implement better, more reliable transit for their city.

“Swiftly gives me more confidence than NextBus because it gives us numbers to back decisions. It’s really helpful to have that data to explain why decisions are being made. It allows for more transparency. It’s the difference between ‘Operations told us that it was always late so we added 10 minutes’ and ‘The data showed that this is where the bus is always late, so we added time at that specific point.’ The decisions aren’t based on anecdotal observations anymore. They have validity and merit,” says Moreno.

The ART team can assess the schedules for their entire system in a matter of days. “With Swiftly we can pinpoint the routes that need adjusting, without us personally riding the whole system as much. And Swiftly’s Run-Times module lets us create a suggested schedule based on our data that we can work from as a starting point,” says Moreno.

Moreno and her team at ART finds Swiftly’s data to be so visual and easy to use that they use Swiftly to present to the public and to stakeholders. “Every month we meet with our transit committee, and we’ve been reporting our on time performance numbers to them through the Swiftly dashboard,” says Moreno. “And it’s been easy to show because it’s a pie chart. It helps break down data in a way that everyone can understand and I think that’s really appreciated, because not everyone is good with numbers.”

The team has been able to implement a master plan that can help riders and make transit in Asheville as attractive as possible. It’s all part of a mission to create the most reliable transit for Asheville’s needs in the here and now, and data has helped them adapt. Now in Asheville, most high frequency corridors have buses that come every 15 minutes, and other routes in the system have buses that come every 30 minutes.

“Before the master plan implementation, riders would say, ‘Why would I ride the bus if it’s going to show up whenever it shows up? I can’t plan my day around it. I was late to work and I could have gotten laid off,’” says Moreno. “By providing a service that’s reliable, people would opt to take it as opposed to driving a car.”

“Asheville is a pretty forward-thinking city, but it’s hard to make the choice to ride the bus when the frequency is every hour. It doesn’t let you plan for your life. That’s the goal: Planning a reliable service so people can use it as their main way of transportation, and elective riders can say, ‘Transit is great, I can take it to the grocery store.’”

And with Swiftly, it’s easier to achieve those goals. Says Moreno, “We’re building a system that works for everyone, so that everyone wants to use it.”