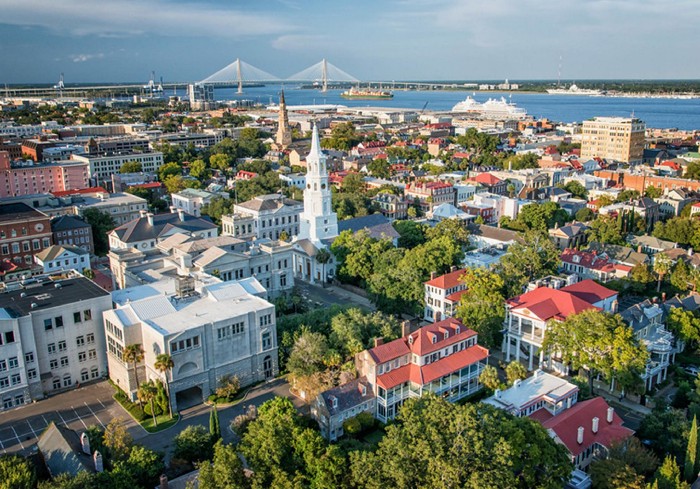 The Charleston Area Regional Transportation Authority (CARTA) works hard to provide reliable service for its riders, which means doing whatever they can to minimize early and late arrivals. But it wasn’t easy for the agency to prioritize what buses were running early or late, especially given how many vehicles each dispatcher must track. With Swiftly Live Operations, CARTA can view all active trips at once, get a visualization of vehicle spacing, and sort by earlies, lates, layovers, and more to see the buses that need the most correction in real time. It has allowed operations to take quick action and provide safe, reliable service, particularly during COVID-19.

No easy way to prioritize early and late departures

Late and early vehicle departures are just part of doing business when you’re in transit operations. But that doesn’t mean letting them slide when they crop up: Transdev, CARTA’s service operator, works hard to dynamically correct schedule deviations to keep transit as reliable as possible. “Our ultimate goal is to provide timely service to the rider,” says Denis Komakech, Lead Operations Supervisor at Transdev, serving CARTA.

But making sure that buses are on time is easier said than done, especially when you have multiple routes to monitor and several active trips on each route. “The more buses on a route, the more difficult they are to track,” says Megan Ross, Fixed Route Operations Manager at Transdev, serving CARTA. “For example, if we have three buses on a route and one is running late, it might get very behind schedule by the time we realize it.”

And early detection is key, especially in Charleston’s downtown area, where operational tactics like short turns or increased dwell are constrained by the city’s dense street grid. “Once a bus is downtown, there’s nowhere to pull over,” says Komakech. “If one bus leaves a stop early on a downtown route, they’ll leave all the other stops early too. It’s a cycle that’s hard to break once it starts.”

Dispatchers juggle all the issues that happen in real time, from unexpected construction to on-board incidents to mechanical issues. It leaves them little to no time to make critical adjustments to keep service running smoothly for riders. When there aren’t easy tools that help them quickly see issues in service, the rider experience suffers.

Pinpointing problems fast to improve transit, during COVID-19 and beyond

This story of early arrivals and poor vehicle spacing has begun to change ever since the CARTA team started using Live Operations, an overhaul of Swiftly’s Live Map module. Live Map provides a precise, real-time picture of the whereabouts of every vehicle in your network — users can view every vehicle on a map. Live Operations does that and more: it adds two new views, Live List and Live Ladder, to the map.

Live List lets you view all active trips in a list and sort by the biggest deviations from the schedule, allowing the team to quickly see what buses are running early or late and take expedient action. Dispatch can also see what layovers are running too long, to understand how they might end up diverging from planned service.

“Live List cuts down on the time that we have to spend looking into an issue,” she continues. “It makes it more visible to our supervisors in order to fix what’s going on. We can fix issues faster because the information is easily accessible. When you see there’s a bus running late you can easily solve it.”

Live Ladder lets you quickly and easily view spacing between vehicles and, like all of the Live Operations views, lets you customize the status indicators to see vehicles by on-time performance or headway. It also shows upcoming trips by displaying vehicles currently on layover or deadhead and highlighting the ones that are running behind so you can get ahead of issues before trips even start. It helps agencies to keep service reliable for riders, even when buses are deviating from schedules.

“Live Ladder helps us with spacing issues,” says Ross. “Live Ladder gives us the ability to see where the buses are on their routes and take action. If they are right on top of one another, we can space them out easier. It makes the information more in your face. You can easily look at the Ladder View and see, ‘Ok these two need to be spaced out.’ It broadcasts the information so you can act on it.”

Live Ladder in particular has come in handy with helping the dispatcher keep buses apart in the age of COVID-19 social distancing. “When COVID-19 started, we reduced service drastically and started running a Sunday schedule everyday with extra buses on our high performing routes. It was all so sudden, we didn’t have a good way of looking at spacing until we put the buses out there,” says Ross. “A few days in, we realized with Live Ladder that buses were running 10 minutes apart and they shouldn’t have been. We weren’t able to see the big picture and the error in spacing the buses was something we needed to fix. We were able to catch the mistake and fix it quickly thanks to Swiftly.”

Thanks to Live Operations, CARTA can take action on issues fast to provide more reliable service to Charleston. “We can fix issues faster because the information is easily accessible,” says Ross. “We use it daily. In my passdown from dispatch to dispatch today, we were going over List View and what routes were running early and late.”

“We’re using it right now,” agrees Komakech. “If I turned up the radio, you could hear my colleagues talking about it. Right now we have a bus that is running 25 minutes late. We have another bus running on time that caught up with it. You can see the two buses right on top of each other in Live Operations. So we told the late bus to go out of service, go on the freeway, and leapfrog to get back on track. With Swiftly, you can more accurately see where the buses are and you can detour them more easily.”

And the team can rest easy knowing that it’s data they can trust. “I can’t stress enough the accuracy and the timeliness of the data. Now we can look and see and actually trust that this bus is actually running 20 minutes late now and correct it. As opposed to not even knowing it’s running late until it’s 40 minutes late,” says Komakech. “Live Operations has enabled us to position the buses exactly where they need to be and where they’re needed most, and to minimize early departures.”

“Live Operations has provided a user-friendly way for us to monitor multiple different routes and multiple different buses,” says Ross. “It’s saved us a lot of time investigating issues, and has really made tracking and understanding of the routes a lot easier.”

Want to learn more? Read about Live Operations to find out how it can work for your agency.