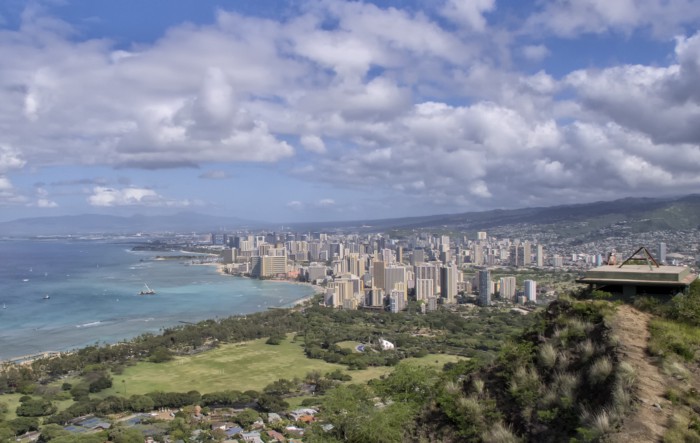 In 2012, Honolulu’s traffic congestion was ranked the worst of any city in the United States, which sent a clear signal to Oahu residents: making transit alternatives accessible and reliable would be essential for alleviating the squeeze. Since then, Honolulu has taken some innovative steps to promote transit usage, and these tactics have taken hold on Hawaii’s most-populous island. On the 2019 list of most congested cities, Honolulu no longer even breaks the top 10.

But never ones to rest on their laurels, Honolulu wanted to take it a step farther. An often-overlooked factor in reliability is ensuring that vehicle operators are executing schedules the way they were intended. The most carefully planned routes and schedules are of no help to riders if operators can’t execute them. Are operators consistently starting their trips on time? Should they be using layovers to pick up slack in a schedule? Should they be slowing down when they are running early? Like most agencies, the primary lens that TheBus had into these questions was customer feedback — much of it about things outside the operators’ control. This didn’t help TheBus understand their system, and it also took a toll on morale.

Operator Reports is a Swiftly module that lets agencies get an overview of how well the system is operating and how operators and schedulers contribute to it. Operator Reports lets operation supervisors see operator-specific dashboards with views into on-time performance (OTP), layovers, and trip-by-trip analysis. It also lets operations supervisors see and sort all operators in their system in one view. “Operator Reports is a quick and easy tool that allows you to get OTP evaluation data on a specific driver, all of the drivers, or drivers on a certain route.” says Ralph Faufata, VP of Transportation at TheBus.

TheBus had only been looking at operator data when there had been a complaint, which made for a biased, “squeaky wheel” approach to operator performance. But with Operator Reports, TheBus is able to take a neutral, data-driven approach. TheBus can dive into the data to see when operational issues stem from operator coaching opportunities (i.e., leaving stops early), schedule design (i.e. scheduling stops at five-minute intervals when transit time really takes eight minutes), or a combination of the two (i.e., making sure drivers have enough layover time and that they are using it well).

“In the transit business, being early is not good,” Faufata says. “Of course, late buses are bad, and we hear about those plenty. But early buses are much worse. For a rider who showed up to the stop on time, the bus seems like it never came.” With Operator Reports, one of the quickest and easiest wins for reliability and OTP is to ensure that vehicles consistently depart from the first stop when the schedule says so.

With Operator Reports, TheBus is now able to see that most of their drivers have phenomenal OTP, giving them a cause to celebrate operators and a means to reward good performance. The transportation team held informal discussions with operators that were regularly leaving stops early to find out why, and were able to help them come up with strategies for ensuring that they were keeping to their schedule and not leaving passengers behind. These informal meetings also gave TheBus a better understanding of what was happening on routes, and ensured that the scheduling team wouldn’t use early departures as a rationale to cut run times.

“We’ve started out by focusing on operators who were running early because for the most part they can make adjustments. If you’re running late, it’s harder to fix,” says John Donovan, Field Operations Manager at TheBus. “For the most part operators were amazed when they saw the data. They realized that they have to slow down, because compared to other drivers they weren’t doing well.”

“Our next plan is to bring in the ten most consistently late operators and talk to them informally. We have ten new routes, and we haven’t adjusted the running times for that. Is there a scheduling issue? Is there something we can do to help these operators perform better?” says Donovan. “We want to go to them and have a discussion.”

And now, when the transportation team needs to check on a complaint, they can quickly determine whether or not it has merit, saving time and helping morale. “We can get our information in less than a minute now, in just a click or two,” says Faufata.

Changing the way they look at OTP

Going forward, the transportation team plans to incorporate this new data into performance reviews as part of a broader discussion on professional development. “OTP has never factored into a review before unless it was a disciplinary issue,” says Robril Tingcang, Superintendent of Transportation at TheBus. With Operator Reports, the conversation around OTP centers on supporting and assisting operators, instead of punishing them. “OTP is another way for operators to understand how they’re doing. We hope that the information alone will help them,” says Tingcang.

Faufata and Tingcang see this as key to increasing morale among operators. “We can see the majority of our operators are running on time,” says Tingcang. “If we can ensure that everyone is running on time, then it will mean that operators aren’t picking up more people than they should at given stops,” he explains. Schedules space buses with an eye to capacity and demand, and if buses become bunched and gapped, some buses will be more crowded than they should be. And relieving this issue? “It’ll have a positive effect on morale,” says Tingcang.

“Operator Reports has made it simpler, quicker, and easier to get information for all of our operators, whereas before we could only do it one-by-one,” says Faufata. “It’s changed how we look at OTP. It’s not just on an individual basis anymore, though we can still do that, and more easily than before. We just never had an easy way to do it individually, and never a way to do it holistically at all.”

That means that they can improve OTP, allowing the city of Honolulu to rely on its public transit and relieve its traffic issues. “If a customer expects the bus at a certain time, and it’s not there, then they’re less likely to trust public transit,” says Faufata. “With Swiftly, we can ensure we’re fulfilling our promise to our riders.”