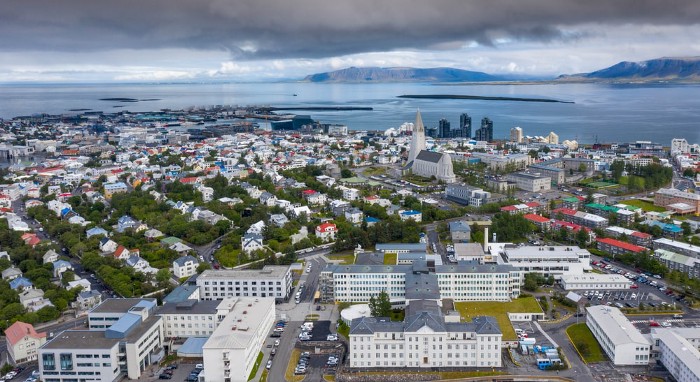 When you’re in charge of getting the residents of Reykjavík and the surrounding countryside where they need to go, it’s important that you have the best possible platform. Swiftly lets Strætó do more than previous tools, allowing planners to overhaul and improve routes beyond what they could have ever done before. With Swiftly, Strætó’s planners can get visualisations of the routes that need the most help. They can gauge the health of their entire system, dig into problem areas, and deliver more reliable transit for riders. Strætó’s customer support team can also use Swiftly to answer queries faster and with more accuracy.

An incomplete picture and a manual process

“We were struggling with existing tools and wanted an all-in-one platform that could solve lots of problems.”

Strætó, which has been serving Iceland for two decades, has 150 vehicles and 64 routes. But their previous tools weren’t sophisticated enough to give them the data insights they needed. They had been using a combination of homegrown and external tools to get a glimpse into their operations, but the process was overly complicated and lacked features for really understanding their public transport system. “We were struggling with existing tools and wanted an all-in-one platform that could solve lots of problems — the planning and operations teams in particular,” says Sigurður Grétar Ólafsson, Project Manager, Customer Service at Strætó.

That meant that when it came time to make changes, like examining how a specific route could be tweaked, adjusting a schedule to improve on-time performance, or tackling a Bus Rapid Transit project, the team had to do a lot of the legwork on their own. Their tools didn’t provide customer service a full picture of where the buses were at any given time. It also didn’t provide planners an overview of where the buses were being held up, nor did it provide them a full picture to help them adjust run-times. “There were limits to what our tools could do. They didn’t provide us with suggested run-times based on our historical data, for example. We had to ride the bus between the stations and figure it out ourselves,” says Ragnheiður Einarsdóttir, Public Transport Planner at Strætó.

“With Swiftly, it was faster and easier to implement changes.”

Strætó began using Swiftly last year, and nearly every team at the agency now uses it to make Reykjavík’s buses more reliable. Strætó’s staff has been dazzled by how much easier Swiftly makes it to do their jobs. “Swiftly is so user friendly and visual,” says Einarsdóttir. “It lets us look at on-time performance and delays in the network. It also gives us suggested run-times based on data to help us make our schedules.”

“We added two new routes and we used Swiftly to build them,” says Einarsdóttir. “We also overhauled one of our routes recently. The passengers and drivers were complaining about how Route 13 was always late, and we found a way to fix it. We used the suggested run-times in Swiftly to change the schedule, and now it’s much, much more on-time. The schedule is about 20% more accurate. The operator was really happy with the change and we stopped getting customer complaints.”

Prior to Swiftly, the planning team would have used anecdotal evidence from operators to find out where to make changes, which would have been more time consuming and less accurate. “Prior to Swiftly, we would have met with the drivers and asked them what they would have suggested,” says Einarsdóttir. “With Swiftly, it was faster and easier to implement changes. It gave the team more time to work on the new route network instead.”

And the planning team is already making plans to use Swiftly to improve other parts of the system. “We are going to use Speed Map to fix a bus that’s always late because there isn’t enough time in the schedule. The agency doesn’t want to add a bus, and they’re trying to figure out ways to make the bus run more on time,” says Einarsdóttir. “We’re going to use Swiftly to see where the delays are and how we can do something about it, and present that information.”

“Without Swiftly, we wouldn’t have had data,” says Einarsdóttir. “We would have had a graph of how many times the bus is late, but that’s it. We’d otherwise only have to rely on information from bus drivers. But now we can show different parts of the map and how it would be different. And we make the case with more than just our words.”

“I could show the information really clearly on a map to the conceptual design team and they liked it so much, they wanted access to Swiftly!”

The planning team has been using Swiftly to prepare for a Bus Rapid Transit (BRT) project in Reykjavík — a big undertaking that requires a lot of time and energy. “I was asked to look at a certain part of the city centre to see how late buses usually are, to understand if BRT would need to be in a separate lane,” says Einarsdóttir. “I took morning and evening rush hours, looked at the speeds in Speed Map, took a screenshot, and made a presentation. I could show the information really clearly on a map to the conceptual design team and they liked it so much, they wanted access to Swiftly!”

This was a big change from how she would have approached the BRT project before Swiftly. “Prior to Swiftly, I would have asked my programming guy to make a special program to get the information on rush hour speeds from our data. He’s really busy, and it would have taken him a few days. And it would have been even harder to then make the information interesting and visual on a map,” she says. “It only took me one hour to do all of that with Swiftly.”

“With Swiftly, it’s easier to see what we need. It’s saved time. We can do it all with one program.”

Strætó’s planners aren’t the only people at the agency who have saved time thanks to Swiftly. The customer service team has benefited from Swiftly as well. “When we get complaints from customers, we need to see if a bus stopped at a bus stop or not. We can use the Playback module to quickly see what actually happened, and use the Map View in Live Operations to look up if a bus was early or late,” says Ólafsson.

“List View, which is also part of Live Operations, has also been helpful,” continues Ólafsson. “It’s a good tool to see what buses are running on time or not. It makes it easy to see if they’re on schedule.”

That’s particularly useful in areas where buses are covering a lot of kilometers, with big gaps between buses. “It’s helpful for buses that don’t run that frequently, like in the countryside. We can tell customers to please be aware that it might take a few hours for the next bus to arrive.”

“Before Swiftly, we had to take a look at our map and then compare it with other tools,” says Ólafsson. “With Swiftly, it’s easier to see what we need. It’s saved time. We can do it all with one program. And I like to use so many different modules. I use GPS Playback, Live Operations, and sometimes On-Time Performance and Speed Map.”

“I like to dig into the data. It’s just for me, just for the fun of it,” says Ólafsson. “It’s very interesting, if you like buses in general. You can surf around in the data with Swiftly.”
‍

“I’m not sure what makes Swiftly so special — if it’s the program or the people. But it’s most likely both.”

The Strætó team has been very pleased with Swiftly and what it allows them to do. “Swiftly is user friendly. Compared to what we had before, it’s a whole different thing,” says Ólafsson. “We’ve seen a lot of improvements over the last few months, particularly in planning. With Swiftly, it’s easy to see what we should do to make service more reliable.”

“Swiftly is easy to work with. Playback is easy. Live Operations is easy. And at the same time, I can look up further information on timing and performance if I want,” he continues. “It helps us provide good service in general. We want to give out quick, accurate information to our customers.”

“Swiftly saves us a lot of work,” Einarsdóttir says. “Swiftly helps us be more reliable because it’s important that the schedule is as correct as possible. The passengers trust us more with Swiftly because the schedule is more accurate. I’m looking forward to being able to use Swiftly more.”

The Strætó team has been impressed with the customer support that the Swiftly team has provided them. “We noticed from the beginning that the Swiftly team was there for us. Swiftly pointed out different ways for us to work on an issue. Our Swiftly Customer Service Manager makes helpful suggestions on areas where we can improve service,” says Ólafsson.

“Compared to what we had before, this is a big step forward. I’m not sure what makes Swiftly so special — if it’s the program or the people,” he adds. “But it’s most likely both.”

Want to learn how Swiftly can work for your agency? Request a demo today.