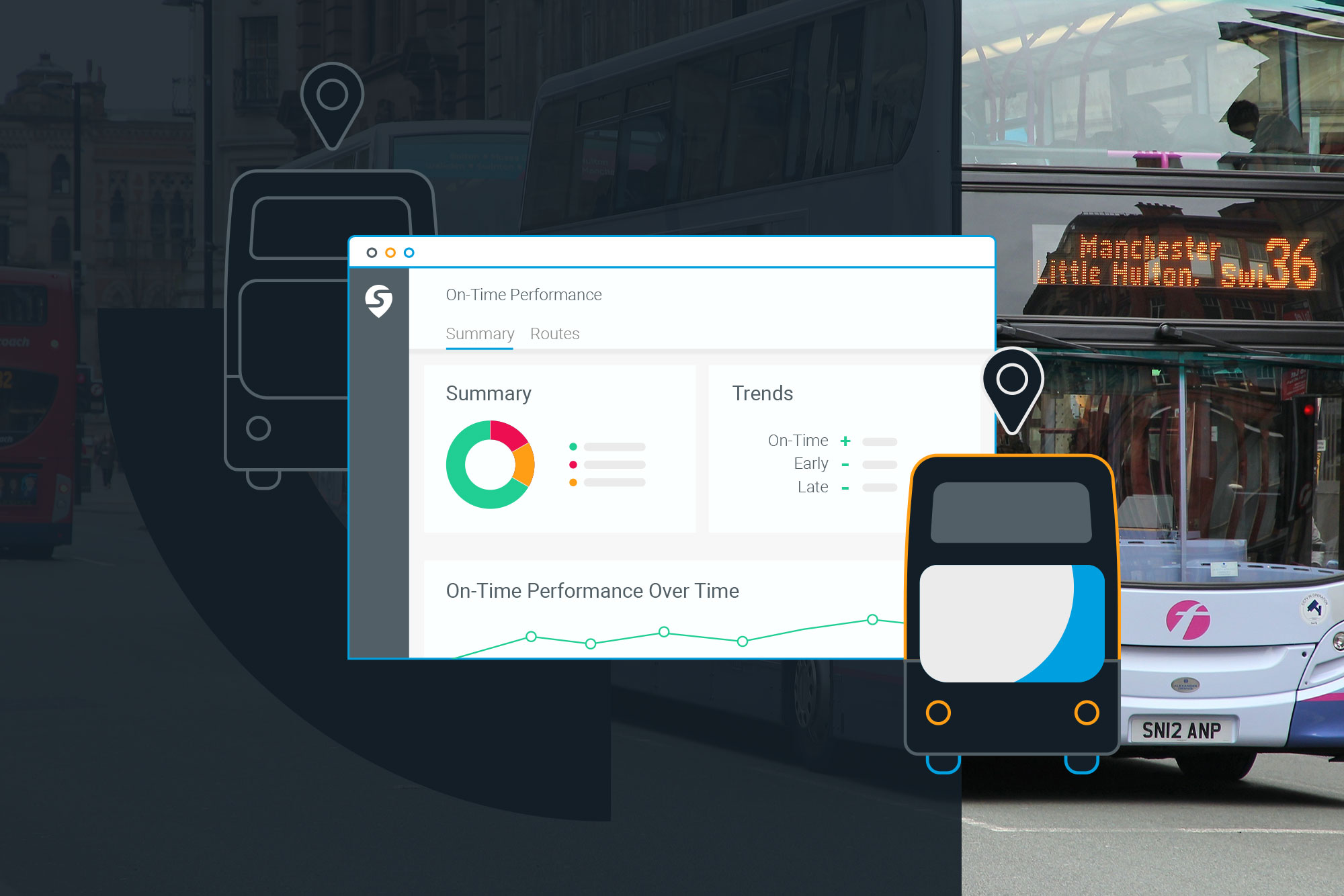 Transport for Greater Manchester (TfGM) uses manual observations to understand how well buses adhere to schedule, meaning the agency generally bases conversations with operators on an incomplete sample of bus performance data. During a 12-month proof-of-concept with Swiftly, TfGM was able to capture and visualise all bus journeys in its data, which allowed TfGM to improve service in ways they never could before. And with the Swiftly integration running two months ahead of schedule, the team was able to quickly get set up and see ROI.

Understanding bus performance is an important first step in solving day-to-day problems, building effective bus schedules, and prioritising capital projects. But getting a full picture of how buses are running isn’t always easy. TfGM relies on manual observation to get insight into bus performance: Surveyors wait at bus stops and write down when buses arrive.

“That gives us high level information, but it’s very general. The manual observations only give a snapshot of performance and aren’t able to fully capture network performance,” says Catherine Towey from TfGM’s Bus Services Team.

The team spends about 4,500 hours per annum completing manual observations, and the results are subject to human interpretation. “A surveyor will record a bus as arriving at a certain time, but it might not have been the bus they thought it was. It could have been the earlier bus, or the later bus.” says Towey. “It is a very complicated process.”

That means that TfGM doesn’t always have a robust data source when they talk to operators about improving reliability. In much of the United Kingdom, bus service is provided by commercial operators, with the transport agency acting as regulator. In Manchester, 83% of transport is offered on a commercial basis and 17% -- the portion of bus transport offered at times when bus service is not profitable -- is subsidised by the government.

The problems with the data mean that TfGM and the operators are often using different datasets to understand performance, which makes it difficult to have conversations about performance and troubleshoot better service to passengers. It also means that TfGM lacks a complete dataset to use when planning for the future.

While working with Swiftly, the TfGM team was able to move away from manual observations. They were able to look at a complete dataset for every ride in their network, which added up to a 2000% increase in data on some routes. This allowed them to end discrepancies in their reporting with operators and open up a whole new world of possibilities.

“Swiftly would allow us to have performance-based conversations with operators. It wouldn’t be about punishing or fining them. It would be about having accurate data, which could help us find ways to improve together. The data would let us go to operators and say, ‘We’ve been monitoring performance and we noticed you’re having issues. Is there anything we can do to help?’” says Towey.

TfGM has different rules for subsidised and commercial service, and the team used Swiftly’s API to create a customized dashboard that let them track 22 different operators. “We extracted data from Swiftly and then linked it to some internal data to create a dashboard that enables us to look at the subsidised/commercial split,” says Petch. “Swiftly’s API is really good. It’s an effective way of accessing the data quickly and efficiently, which I find to be one of the strongest positive aspects of Swiftly.”

“Swiftly allowed us to see, at a granular level, what the performance of each and every individual journey on the Great Manchester Bus Network looked like,” says Towey. “But Swiftly also gave us some really key overall metrics that meant that we did not always have to be doing that granular level work.”

“Swiftly provided us with the flexibility to take our analysis and understanding to a level we haven't had before. I think that's quite an important thing,” says Petch.

Getting set up with Swiftly was a breeze, which allowed the team to start analysis quickly. The integration was easier than anyone at TfGM anticipated and ran two months ahead of schedule. “Swiftly’s customer success team is excellent. They were quick to respond to queries, and we had a weekly call with our Customer Success Manager to answer questions and get the team onboarded,” says Towey. “We were very happy.”

“The Swiftly team has quite an extensive knowledge and understanding of how to manipulate and use data effectively,” adds Petch.

With Swiftly, TfGM was able to work more efficiently with operators and provide a better overall passenger experience for riders. “The more information we had, the better we could inform passengers,” says Towey.

“The insights provided by Swiftly were so important to bus services. Swiftly humanised the data that’s involved in ensuring we do bus service right,” says Karl McDonald, Continuous Improvement Manager at TfGM.

For the team at TfGM, that means that their goals could be more attainable, and that their communities could be better served. “Our mission is to provide world-class connections that support long-term sustainable economic growth and access to opportunity for all,” says Towey. “Without understanding true performance, you can't do any of that. You just can't. It's just wishful thinking. You have to have data to understand where you can make meaningful interventions to improve things. And Swiftly helped make that possible.”

Interested in seeing how Swiftly could work at your agency? Reach out to see a demo today